When it comes to the campaign to get more women into science, technology, engineering and mathematics (STEM) most engineering companies and big corporates are merely paying lip service and what they’re doing doesn’t work, says scientist Dr Jess Wade.

“Trying to get girls to study physics is nothing new,” Jess says.  “There’s a lot of money and effort going into Girls in STEM initiatives – but very few are evidence-based and the majority are very superficial.”

A former pupil of South Hampstead High School, and now a Research Associate in the Faculty of Natural Sciences (Department of Physics) at Imperial College London, Jess doesn’t pull her punches.

“Almost every big engineering firm or corporate thinks they’ve come up with the answer to what will fix the decades-long gender imbalances in the sciences. This isn’t just overwhelming for teachers: it actually  and incorrectly makes you think that everything is okay. Ironically, assuming that you know the answer seems like a pretty unscientific approach to me.”

What does work, she says, is starting at grass roots level, with a focus on teachers and parents and whole-school discussions about equality. When you do that you can start to have the conversation about stereotyping with everyone.

“It’s shocking how early girls and boys are subjected to society’s stereotyping, which is why it is critical that we start enabling them to debunk these myths right from the beginning, with the backing of all their teachers and parents,” she says. “They’re the ones we need to get on board, because when we enthuse them, we can enlist their ongoing support, to keep the momentum and impact going.”

In addition to her support for the Institute of Physics, Jess has become an activist, generating media coverage and significant funds. One of her first moves was to set about publicly recognising every female achiever in science with a Wikipedia entry.

“Wikipedia is the fifth most popular website in the world,” she says. “It is such an important platform for education and documenting our history that it is crucial it is impartial and unbiased. The reality is that 80-90 per cent of the editors are men, and 83 per cent of the biographies are about men.”

Jess alone has created more than 600 entries for female scientists to date, and is enlisting helpers from schools, and others who are keen to join the movement.  A second mission of hers is to get a copy of Angela Saini’s book Inferior into every school in the UK, and to do the same in the US and Canada.

“Reading Inferior changed my life – it gave me the confidence to speak up, the evidence to challenge sexist remarks and a network of women scientists around the world who support each other. Saini painstakingly assesses the questionable scientific experiments that set out to show men and women are different. I want every young person to read it – to learn about bias and to join our fight for equality.”

And why does it matter so much?

“With more women in science,” Jess says, “we can make discoveries more quickly – because when diverse minds come together to solve problems, new thinking happens, and this is how problems are cracked.”

Ultimately, she says, it’s about creating equal opportunities. Equal opportunities for society, in which women are shaping – and being recognised for – scientific advancement, and equal opportunities in their careers. By changing societal messages right at the beginning of a child’s educational journey, we can change their view of the world, and enable them to see more opportunities for themselves in the future.  “We know that you are 2.5 times more likely to study physics A-Level – which, by the way, is one of the most useful you can possibly take for any career – if you go to an all-girls’ school.

“The GDST is living proof of this – more often than not, when I meet an impressive woman scientist, she started at a GDST School. GDST girls have the passion, the teachers and the confidence to challenge the outdated stereotypes in society. Now all we have to do is to make sure that other girls get this opportunity too.” 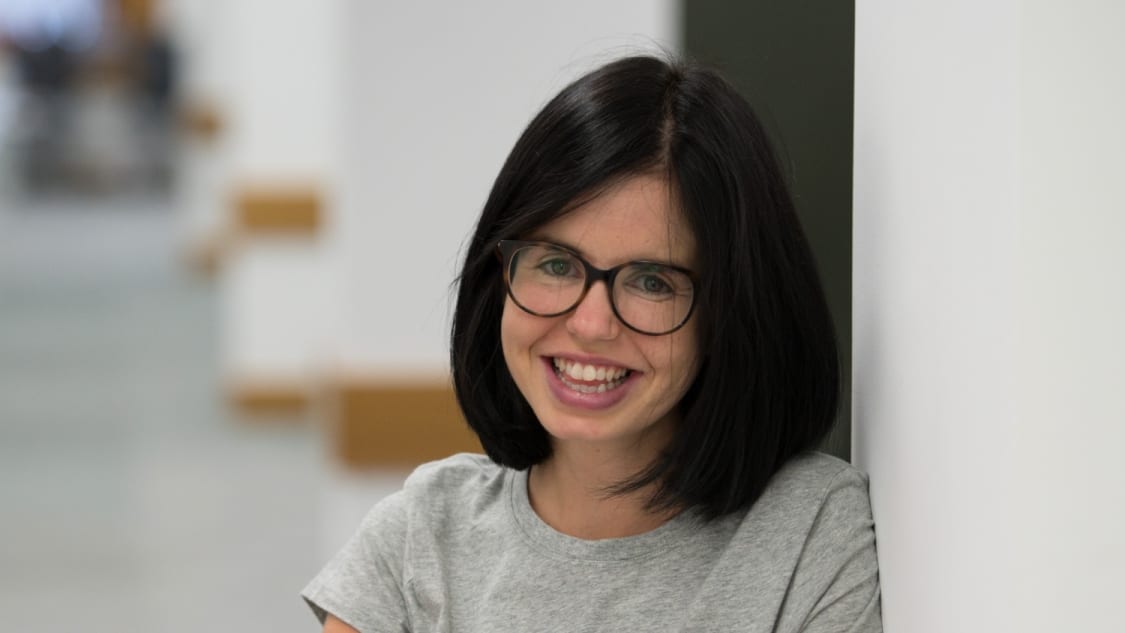 Physicist and researcher in the Department of Physics and Centre for Plastic Electronics at Imperial College London, working on chiral organic light emitting diodes. Jess also carries out public engagement work in STEM – the campaigning to get more women involved in science, technology, engineering and mathematics, and is a leading activist in improving gender balance in science.

If you want to get involved in Jess Wade’s campaign as a funder or supporter, follow her on Twitter @jesswade