Most of all, she went out of her way to provide them with the kinds of experiences that would expand their understanding of what was possible in their lives.

Following in the footsteps of the pioneering NASA scientists featured in Hidden Figures, on 13th June, year 4 and 5 explorers and engineers from across the GDST family of schools gathered together at the STEM centre at Brunel University. As one of the newest buildings on campus, its primary aim is to inspire young people to pursue STEM-based subjects.

Throughout the day, GDST girls enjoyed a number of STEM activities designed to nurture their curiosity, deepen their understanding and ensure they had lots of fun! The girls were joined by Dr Julie Keeble, from King’s College London, who has launched over 20 experiments to the International Space Station. 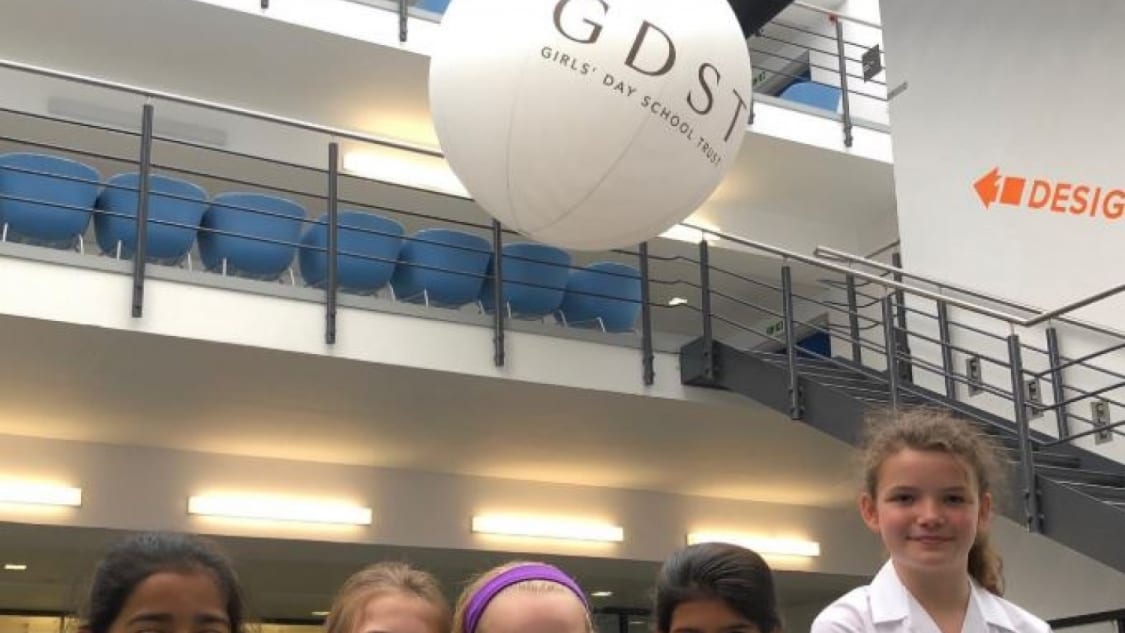 Julie ran two fascinating workshops for the girls on the science of space and enthused them with stories of pioneering women working in the field. The Skittles challenge was a particular highlight, with students learning that astronauts have blocked noses and so food tastes different in space!

Girls also tested their engineering skills by constructing chocolate bridges, practised their coding with astronaut sprites and landed spheros on newly discovered planets. At the end of the day everyone found a beanbag in Brunel’s immersive 3D dome and the girls explored gravity with an enormous two metre balloon alongside getting to know girls from other GDST schools.

Finally, the girls discovered what life was like for Tim Peake in the space centre…

I am already looking at trying to inspire the next generation….Somewhere in Manchester, Cardiff, Newcastle, Liverpool, Glasgow, Belfast, London or Birmingham there is a young boy or girl who will…fulfil their dream like I am going to do. From riding bicycles as a child here in the UK to flying helicopters in the army…I will be flying in a space ship.