Excellent schools encourage and assist pupils to realise their potential and are designed to equip them for success and fulfilment in the world beyond. Girls’ schools are founded on the principle that these aims are best achieved by educating girls separately.

Girls differ from boys not on any intellectual or cognitive dimension, but in attributes and dispositions that have their greatest impact in childhood and adolescence, and which mean that while girls don’t necessarily learn differently from boys, their learning needs and preferences, and indeed their experiences of school, tend to be different from those of boys.

Girls often also adapt their behaviour in the presence of boys – to their own disadvantage, for instance in adopting supporting or moderating roles in discussion, being reticent about risk-taking in inquiry, in their choice of subjects for study, and in their propensity to disengage from co-ed PE and sports activities.

Gender stereotyping and differences in expectations and self-image tend to affect girls’ behaviour, attitudes and choices; unless they are checked and challenged at school. Girls should have the opportunity to be educated separately not because they need protection, but because they deserve a level playing field.

Single-sex settings allow teachers and schools to focus more effectively on the needs of individual girls. There is evidence that girls achieve more when they are given their own dedicated space in which to develop. In single-sex schools, girls:

These effects do not follow inevitably from the mere act of separating the sexes in education. Single-sex education, to be successful, must be more than an organisational device – it needs to be underpinned by a set of principles, and articulated in a set of practices, whereby girls are nurtured, challenged and empowered.

GDST schools are able to offer an ideal learning environment designed for and dedicated to girls’ learning needs and preferences, and free of gender stereotyping and distraction.

In coeducational classrooms, boys tend to monopolise discussion, and take more domineering roles in group work and in practical exercises. There is pressure on girls to conform to prejudicial gender roles. Teachers tend to adopt styles and use content that seek to maximise boys’ engagement and regulate their behaviour. Girls are assumed to be less problematic: in particular, teachers tend to ignore the strong correlation between high motivation and high anxiety in many high-achieving girls. In girls-only environments, girls’ needs and preferences come to the fore.

Teachers in all-girl classrooms can focus on working with, but also challenging, girls’ propensities to seek security in structures and schedules. Teachers find that younger girls are particularly keen on explicit agendas (for example clarity in learning objectives, and for young pupils a clear schedule for the day), and gain confidence from the rehearsal of past understanding at the start of lessons, and explicit links to next steps at the end. But girls-only classrooms also provide the opportunity to push at rather than simply police these boundaries – to challenge risk-aversion and encourage adventurousness, within an affirming environment.

In co-ed settings girls often adopt roles that reflect others’ views of them, and which tend to narrow their choices, both academic and non-academic. Girls at GDST schools are empowered to reject gender stereotyping, for example in sports, subject and (later) career choices. In single-sex settings a high proportion of girls choose to continue with what are otherwise seen as ‘masculine’ subjects – like maths, physics and (later) engineering.

In coeducational contexts, girls are more likely than boys to participate, but less likely to assume leadership roles, in extra-curricular groups and activities. In GDST schools, girls show less reticence in adopting leadership roles, and respond well to the opportunity to explore a wider range of possible ‘niches’ within the school community.

Coeducation is nowadays the ‘norm’, insofar as a majority of schools are mixed. But not being the norm does not make single-sex schools ‘abnormal’. Girls’ secondary schools and colleges were originally established to equalise educational opportunities at a time when secondary and higher education were designed for and dominated by men. In a more equal world we still need single-sex schools because, while society and coeducational schools are more gender-blind, they are still far from gender-equal.

Some proponents of coeducational schooling have argued that schools should reflect society in their gender composition. But schools should be set up to challenge, not simply to reflect and reinforce, the gender asymmetries that still pervade the wider world.

GDST schools are designed to maximise opportunities for girls to realise their potential.

They do this through:

Single-sex education serves a subversive purpose: GDST schools seek to challenge traditional gender stereotypes, give girls space to develop a strong sense of themselves and their value, and nurture the confidence to make their own choices, free of any sense that the script has been written for them. As day schools, they offer a girls-only space to complement the rest of a girl’s life-world – which by all accounts does not exclude boys.

GDST schools provide a learning environment specifically designed for and dedicated to the development of confident, courageous, creative and resilient young women. 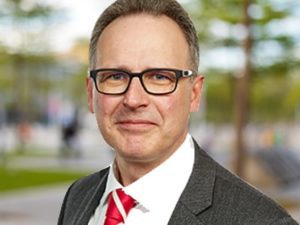