“As part of our research for this campaign, we discovered 3 sisters who all attended what was then Brighton & Hove High School in the 60s and 70s, all benefitting from the direct grant system. We felt it would be impossible to ask just one to share their experiences and so decided to include Alison, Hilary and Helen together.

The sisters told us: “We were always aware that without financial support, we would not have been at the High School; at the time, we probably took it for granted as children do, but we are all eternally grateful for the educational opportunities we had.” 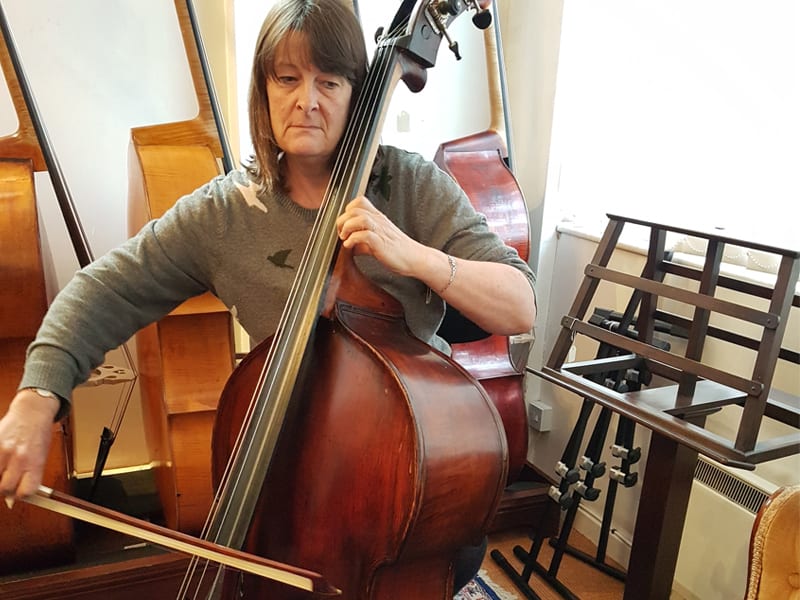 “I don’t remember too much from my first day at the senior school at Brighton & Hove High, except that those of us who had been in the junior school were taken over the road to the senior school, later than the girls who were completely new to the school. Our class numbers had basically doubled in size as lots of girls had arrived from other schools and I remember being quite overwhelmed as there were so many new girls I didn’t know. We had basically grown up with virtually the same people since the age of four, in kindergarten. So there was a whole influx of all sorts of new girls, a lot of whom seemed to know each other as they must have come from the same school, but they didn’t know us. It seemed odd in “our” school!

Somehow our parents had managed to fund our time in the junior school – we’re not sure how as our father was a vicar and therefore on a low income and there were three of us girls and also our younger brother, who was at another school. However, we were aware that we had some kind of assistance with our fees when we went up to the senior school. Fortunately, when our parents split up we already had this financial support, but as a direct result of them splitting up we got even more help, for music lessons amongst other things, which was really important to us all.

I wasn’t a great lover of school as such but Brighton & Hove High was a nice school, as was Putney, where my younger sister and I spent our last two or three school years. The staff were always very nice and very caring. The schools were just pleasant and safe places to be and I think we were especially grateful because our local schools were not doing well and were so big, I think we would have found it quite difficult to find our feet there.

During my time in the senior school, I had no idea what percentage of other girls may or may not have had bursaries, or why those that had them had them. Maybe there were quite a lot, perhaps half of them did, I really don’t know, but I do remember, if anything, feeling special, almost as though we had a kind of scholarship, certainly never as though we were poor or different in any way.

If we hadn’t been given the financial support to attend the high school, I assume things would have been very different for us. Even if the direct grant system had been withdrawn at some point whilst we were still there, given the kind of organisation that the GDST is, I assume they would probably have continued the grants somehow for those people who already had them. I felt very fortunate that I was able to attend a GDST school and I know my sisters both feel the same way. We knew that we were going to a good school and that our parents were making sacrifices because of that. They would always have done that, our education would always have come first.

After I left school, I went to the Royal Northern College of Music in Manchester to study the cello and later the double bass. My sister, Alison, was already in Manchester having gone there three years earlier. She was doing a joint course with the RNCM and Manchester University. I spent five years at the RNCM and towards the end of that time I auditioned and got a job in the BBC Symphony Orchestra in London, beginning my career as a professional double bass player. I stayed in the BBCSO for nearly 20 years, freelanced in all the London orchestras for another fifteen years after that and then two years ago moved to Prince Edward Island in Canada.

I am immensely grateful for the time I had at both Brighton & Hove and Putney High Schools because without it I imagine things would definitely have been very different. As a result of the support we received, we were able to continue our music and dancing lessons, both of which were important to us. I have very fond memories of both Brighton & Hove and Putney High Schools.

Having a bursary meant little to me at the time as I was hardly aware that I had one and I certainly didn’t really realise the significance of the financial support, but now, looking back, I know I couldn’t have gone on to do what I’ve done without it. It gave me the opportunity to develop the activities and interests that I needed to in order to have a successful career in the music business. If I met a girl who had just been given a bursary, I would advise her to take every opportunity from it that she can. I would try to make her aware that she is extremely fortunate to have the help of the bursary and that having it should enable her to follow in the footsteps of many notable women.

I think now, as a recipient of a bursary all those years ago, I realise just what an effect giving to other people can have in the big scheme of things. Even just a small amount of money or help that may not seem like very much at the time can often have a huge effect. I think bursaries are important today because there are undoubtedly still an awful lot of children who are either disadvantaged in some way, whose parents don’t necessarily have the finances, or whose circumstances change for the worse, forcing them possibly to be channelled into a different school system which is unable to meet their educational needs, both academic and extra-curricular”.

Support the GDST or one of our individual schools

Give now
Follow us to find out when each new podcast is available
Find a
school
Visiting our website from Hong Kong?