“I fully believe that no child’s future should be shaped by their socio-economic background, their gender, or their race.” 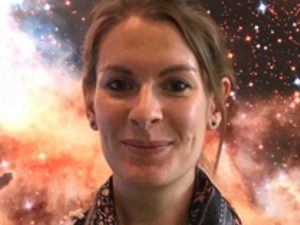 “On my first day at Howell’s, I remember being very excited because I loved school – I always loved school – so I was thrilled to start my new senior school with new books, new classrooms, new people and new teachers. I distinctly remember having a skirt that was almost down to my ankles, because my Mum wanted the skirt to last my whole school life!

I remember the teachers being very friendly – they gave us this feeling that you weren’t starting school, you were coming into a big family with a huge support network. I also remember being overwhelmed by all the different activities that I could immerse myself in. There was just so much going on suddenly, going from a single classroom at Year 6 to a huge range of new activities. I absolutely loved it.

When I look back to school, I obviously think very fondly about my friends and we are still very close to this day, as I’m sure you are with yours. As someone who likes to have packed life, Howell’s played into that part of my nature very well with all the extracurricular activities – the drama rehearsals, the choir, the netball club, the science club etc. I relished that part of school life and I remember that structure really peaked during Eisteddfod times – this a Welsh festival of literature, music and performance.

The Eisteddfod was one of my favourite times of year because you were so busy. The whole school came together in a kind of camaraderie, but also in gentle competition, with each of the four houses competing against one another. Excitement and tension would build up to one single Eisteddfod day – probably the highlight of the calendar year for many of us, even though my house never won! I was even house captain when I was in the sixth form, just because I loved it so much.

During my time at Howell’s, my Mum was a single parent and my parents were divorced. In addition to this she was a mature student, so our income was incredibly low, especially with three kids in the household. My Mum always had a strong passion for education for her children, especially with regards to myself who enjoyed school so much. We lived in a poor area and the school that I would have had to go to was horrendous. I remember her seeing the advert for Howell’s and the entrance exam in the local paper and she just put me forward for it – we were so lucky that I was given an assisted place.

I always remember things being very tight throughout school and I was always aware that I was from a lower income family. Not due to the school itself, it’s just that I was surrounded by a lot of wealthy children. For example, I was always the one in the second hand uniform and I couldn’t go on the ski trips, or other trips abroad. The school tried to help as much as they could, but I wasn’t able to go unless I went for free. Money aside however, with regards to my family background, my family was always incredibly supportive of me and they knew from early on that I wanted to go into science. I was passionate about science and they would help me as much as they could, e.g., helping me go to Space Camp and Chemistry Camp. So while money was hard, the support was fantastic from my family.

As clichéd as it sounds, my time at Howell’s taught me to follow my dreams, no matter how big they were, no matter how unbelievable they sounded to the outside world – their message was that if you are passionate about your dreams and you’re willing to work hard, then you can achieve whatever you want to do. And I held this belief throughout my whole school and work career – and even today this is what I teach my daughter. Howell’s taught me that I was the one in control of my path. I shouldn’t be shaped or formed by my gender or social background, or anything like that. If I want it, I just had to work hard and I would get it – and this worked for me.

I believe absolutely that my time at Howell’s shaped who I am today – not just in regards to the academic excellence, but also the supportive, caring environment that it provided by teaching us that you could be whoever you wanted to be. A confidence was installed in you, an understanding that it doesn’t matter what people are saying to you, or what kind of boxes they are trying to push you into according to who they think you are, you can be who you want to be and I’ve always held on to that. Without Howell’s, I don’t think I would have been as successful as I have been – I know I would have still tried to take the scientific path, but I may not have had the confidence in my abilities that the school gave me.

I think the GDST is a fantastic organisation, not only thanks to the incredible schooling that they provide, but their ongoing commitment to bursary provision. I fully believe that no child’s future should be shaped by their social economic background, their gender, or their race. There are so many children out there whose potentials are just not being realised – they dream of amazing things, but they get told they are just dreams and maybe they should think about something a bit more realistic and within their ‘realm’. The GDST is an organisation that can take these children and help to give them a launch pad to do whatever they want to do. They provide incredible, and utterly essential, opportunities for our future generations”.

Support the GDST or one of our individual schools

Give now
Follow us to find out when each new podcast is available
Find a
school
Visiting our website from Hong Kong?