We are delighted to announce that this year’s Alumna of the Year award goes to Newcastle High School alumna Dr Ellie Cannon. 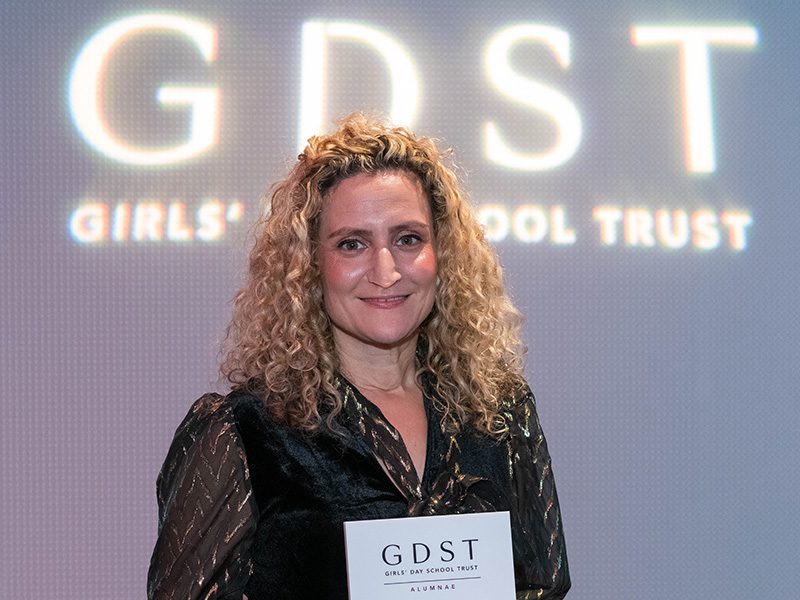 Ellie uses her profile as a broadcaster and health writer, as well as being an NHS GP, to champion public health and in particular raising the profile of intergenerational women’s health. She writes a weekly medical column in the Mail on Sunday and is one of the resident doctors for ITV’s This Morning and BBC Breakfast with a passion and commitment to covering the most taboo issues, even disclosing her own health issues, in an effort to de-stigmatize mental illness.

During the pandemic, the Cabinet Office, Department of Health and NHS England drew on her advocacy skills and mainstream appeal  to help broadcast public health messaging across the nation. She has given evidence as a GP to the All Party Parliamentary Group on Womens’ Health and advocated alongside the fashion industry and eating disorder charities on the physical and mental health of female fashion models. She has published two books and, in 2019, she was voted by UK GPs as the 15th most influential GP in the UK.

“I was humbled and honoured to be short-listed amongst other GDST alumnae working for the NHS, within climate change, space exploration and particularly, refugee support.” — Dr Ellie Cannon, GDST Alumna of the Year

Ellie also gives her time to a number of lesser-known charities including for pancreatic cancer, female cancers, mental illness and BAME girls’ menstrual dignity. This year she fronted the first ever UK Women in Gambling prevention campaign highlighting the inequality in provision and support for women sufferers. In 2018 she travelled to the Congo with Save the Children to film an awareness campaign on pneumonia with mothers, giving a voice to this underrepresented illness.

Presenting her award, Juliet Humphries, Chair of the GDST Trustees paid tribute to the depth and breadth of Ellie’s achievements and thanked her on behalf of the GDST.

“Ellie. You are astounding. Thank you for all you do, and huge congratulations to you.” — Juliet Humphries, Chair of Trustees, GDST

Accepting her award, Ellie said, “ I am absolutely thrilled to have been recognised as GDST Alumna of the Year 2022… I was humbled and honoured to be short-listed amongst other GDST alumnae working for the NHS, within climate change, space exploration and particularly, refugee support. I am particularly delighted as I suspect this is the one and only time in my life that I will ever be bestowed the same award as Olivia Colman!”

Congratulations to Dr Ellie Cannon for a thoroughly deserved win.

The GDST alumnae network has over 70,000 members and spans the world in every professional sector. We recognise all of their many varied achievements and the Alumna of the Year award is a chance to celebrate the work of one particular alum every  year. In 2022, we decided to award a second accolade: the GDST Trailblazer Award – given to an alumna who is achieving outstanding early acclaim in her career. Learn more about our 2022 Trailblazer and Alumnae finalists.