This summer, Ofqual put the ‘ass’ into ‘assessment’. As a result, the GCSE’s days might be numbered, says Dr Kevin Stannard. (This article was originally published in the Times Education Supplement) 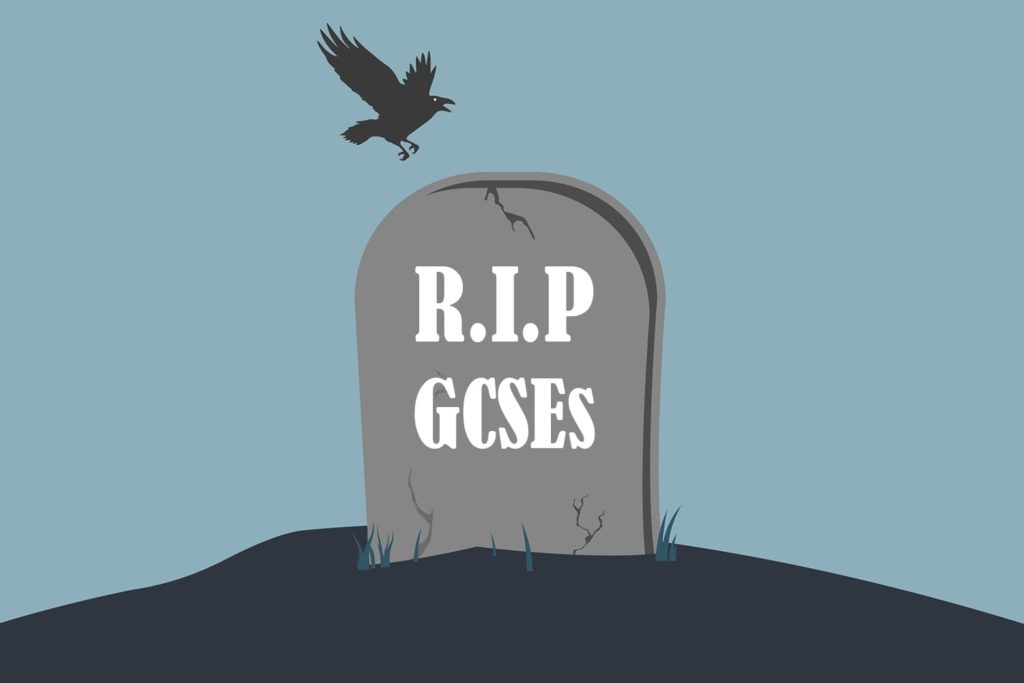 Public exams as a whole have been thrown into chaos by COVID, but at least A level should recover. GCSE, on the other hand, could be a fatal casualty. And few would mourn its passing.

The slow-burn disaster precipitated by the cancellation of the summer exams was not caused by the appearance of new and unexpected problems with the way GCSE works; the underlying issues were always there; they are part of the system. We should not be treating this year like an unfortunate aberration. We need to ask whether the qualification is fit for purpose.

For GCSE as for A level, the much-maligned algorithms did their job. Essentially, the right proportion of students would have been awarded each grade. The problem is that it would not always have been the right students. But is that anything new? A grade distribution that works at system level (allowing comparison between schools and years) but which creates injustice at individual level, is one that we should all by now be accustomed to.

There are all sorts of reasons for this, and they were captured in an old exam board research paper joshingly called ‘Volatility happens’. The tone of the paper is somewhat self-congratulatory about how well GCSE has performed at system level, while giving the game away about how individual students (sorry, “independent random variables”) are viewed by the boffins.

Grade distributions system-wide are predictable; but the grade an individual ends up with comes down to the operation of “chance in an indeterministic system”. The authors observe that there will always be “inherent uncertainty in the outcome of any individual pupil on a specific exam”.

This surely casts doubt – even in normal years – on the value of an exam as a summative one-time assessment of an individual student’s attainment. But GCSE RIP is just one of several possible outcomes of this surreal summer.

Ironically, one outcome might be a doubling-down on high-stakes assessment: trying to shore up subsequent exams sessions and drive inflation out of the system. There might be pressure to restore AS level, so that there are more recent assessment reference points in case another crisis hits. Pulling in the opposite direction is the strong possibility that selective universities, having lost faith in A level as a gatekeeper, will rely increasingly on their own selection tests. Whatever happens, there needs to be a mechanism to sort individuals into post-secondary progression routes.

Whatever the outcome, A level will survive but will count for less. But why should GCSE, as a battery of high-stakes tests, count at all? It is a hangover from an earlier era when school leaving age was lower and far fewer went to university. If we feel we still need some testing in Year 11, though, we should not let the current crisis go to waste. Why not school-based assessments, moderated between schools so as to ensure fairness? I hesitate to use the A-word, but surely there is a statistical means of calling out schools that submit inflated assessments, forcing them to provide the evidence. But there may not even be a need for this form of policing, if the purpose of the assessment is simply to confirm the individual student’s readiness to progress to the next stage in their education.

This fiasco has exposed a defining characteristic of the UK’s system: the undue influence exerted by the exam boards. The three big boards are in a state of imperfect competition, selling tests to schools and students. They are regulated by Ofqual and should be servants of an education system presided over by the DfE, but the influence of the exam boards goes well beyond designing and delivering assessment products. Testing trumped teaching when the national curriculum was reviewed and revised in terms of content but not assessment (the status of GCSE was never part of the National Curriculum Review’s remit). Testing trumped teaching when Michael Gove arbitrarily imposed bigger, harder GCSEs. And reliance on the purist doctrines held by back-room assessment experts are, arguably, what got Ofqual into hot, deep water this year.

If GCSE does undergo a root-and-branch review, please let’s not allow the exam boards undue influence in evaluating the options. That said, we absolutely need to put distance between schools and summative judgements. The lesson of CAGs is that asking educators to both teach the course and deliver the summative judgement on students puts them into an impossible position. If school-based assessments were to replace GCSE, they’d need still need to be moderated, to avoid conflicts of interest.

This summer, Ofqual put the ass into assessment. GCSE’s days might be numbered. But we still need regulated assessment bodies. Don’t confiscate their calculators, but do sign them up for a MOOC in humility. 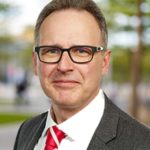