Millions of people have woken up to the perils of plastic. Here, Sutton High School alumna, marine biologist and BBC TV presenter Dr Helen Scales tells us how she once came face to face with the problem in the seas off Senegal.

“A few years ago, I lived and worked for a while in Dakar, the coastal capital of Senegal on the westernmost bulge of Africa. Home for me was a small apartment next to a long sandy beach. Every morning before sitting down to write, I would put on my wetsuit, tuck my surfboard under my arm and walk five minutes to the waves.

During my first few sessions, I remember glimpsing colourful shapes in the water and thinking they were jellyfish, but I took a second look and realised they were plastic bags. I got  used to surfing waves that were flecked with multicoloured plastic fragments, like confetti. Several times, horrified, I untied plastic that had knotted around my leash (the cord that fixes my surfboard to my ankle). It’s often said that we’re turning the seas into a plastic soup, but for the first time I knew what it felt like to swim in synthetic minestrone.

It’s often said that we’re turning the seas into a plastic soup, but for the first time I knew what it felt like to swim in synthetic minestrone.

My visceral encounters in the Senegalese waves woke me up to the colossal scale of the plastic problem. It was around the same time that public awareness of plastics began to grow. In the BBC’s much-loved Blue Planet II series, David Attenborough opened the eyes of millions of people to the perils of plastics choking ocean life. And barely a day goes by now without another news story emerging of a whale dying with a belly-full of plastics, or researchers finding plastics in new places — frozen into Arctic sea ice, in the deepest seas, in drinking water, even in the air we breathe.

There’s no doubt now that plastics are everywhere.

What we don’t yet know are the impacts all the different types of plastics are having, on species and ecosystems and on human health.

Scientists around the world are now working on those questions. But that will take time and it’s already clear we need to act now to give up our global addiction to plastic. Focus tends to fall on what all of us as individuals can do to cut down the plastics in our lives. In some ways, it’s a useful approach. It gives people a way to respond positively to the problem and hopefully not feel totally overwhelmed or powerless.

Since I got back from Senegal, I’ve tried to use as few single-use plastics as possible. It makes for some difficult choices (try as I may, I can’t find plastic-free dried pasta; but it also means I’m having fun getting to know my local bakers and market stall holders). It’s a challenge that not everyone can or wants to take on. But it isn’t all or nothing. There are forms of plastic that most urgently need reducing, like the one million drinks bottles bought every minute worldwide or the 2.5 billion coffee cups thrown away each year in the UK. Another no-brainer is to stop flushing cotton buds andwet wipes down the toilet.

There are downsides, though, to this emphasis on individuals. Some people resent being made to feel guilty for using plastic. Some claim that most of the plastics in the oceans don’t come from countries like the UK anyway, but instead from China and Southeast Asia (in fact, much of that is plastic exported from Britain for recycling but still ends up in the sea).

Others argue that demonising plastic is distracting us from more important environmental problems like climate change. It’s true that refusing a drinking straw on board your transatlantic flight isn’t going to save the planet. But plastic pollution is persuading more people than ever to care about the environment and think about what we’re doing to it.

We have a chance now to find the right solutions to end plastic pollution.

Great minds need to come together to work on each part of the problem — from manufacturing and wastedisposal to unpicking the ecological impacts — and pushing all of this ahead will be the growing public pressure for radical change. And if we get this right, who knows what else we might achieve.” 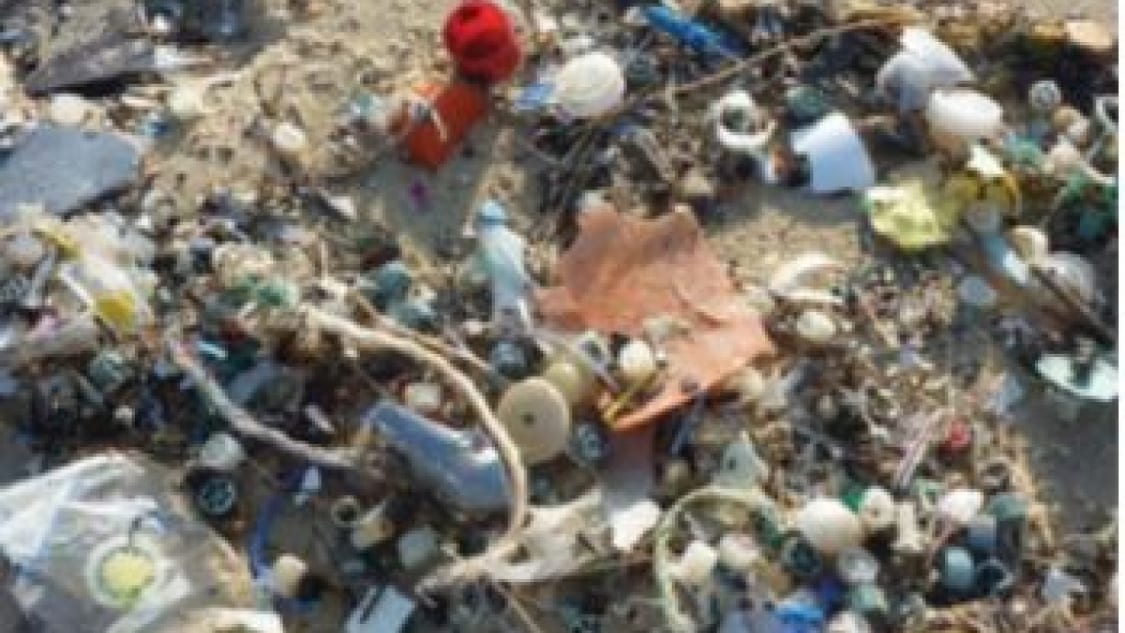 As the head of the charity Surfers Against Sewage, Hugo Tagholm recently tweeted: “It doesn’t end at plastic.”

Helen’s latest book, The Brilliant Abyss: True Tales of Exploring the Deep Sea, Discovering Hidden Life and Selling the Seabed, is out in March 2021