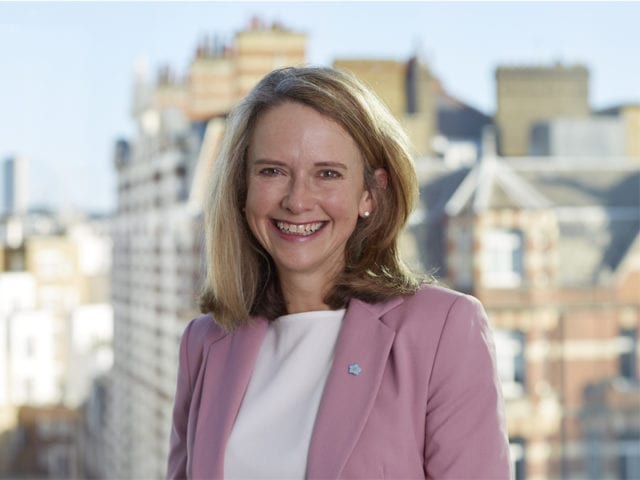 Julie Taylor, Principal of Belvedere Academy in Liverpool, started in her role in September 2019. She tells us why she returned to the GDST after 15 years away and why she’s ready to be Prime Minister.

Where is your favourite place in the world?

I love Cornwall, particularly Watergate Bay on the north coast. It has a gloriously big beach and, until very recently, Jamie Oliver’s Fifteen restaurant (it’s sadly closed down). The dog loves it, you can do a bit of bodyboarding and it is particularly nice in the autumn when it is a bit quieter. But as long as you bring the right clothing, it doesn’t really matter when you go. It’s a wonderful place.

Who is your favourite literary or film heroine?

My subject is English so I have had to actually think about this quite carefully. In Shakespeare’s  As You Like It there is a character called Rosalind and she is my favourite character because – and this is a typical GDST answer here – she teaches the men to be sincere lovers before she falls in love with a particular chap. So yes, she takes control, dresses up as a man and gets them all sorted out basically.

If you weren’t a teacher, what would you be?

An actor. I did my Masters in Theatre in Lancaster which was a nine-to-five course. I thought I was going to be a professional actor and then I realised I would need to earn some money and that’s when I became a teacher instead. Failing teaching or acting, I’d quite like to be Prime Minister. That is my big ambition – I know I’ve got it in me!

Tell us a few things we don’t know about you.

I have performed at the Edinburgh Fringe Festival when I was a student. I get up at half past five every day and go for a run. I have written a novel – as yet unpublished and one day I will go back to it and develop it. I would love to learn to tap dance – I have the shoes but not sure about the talent.

Which five people, dead or alive, would you invite to dinner, and why?

Graham Norton because he would get everyone talking. Billy Connelly because he is absolutely hilarious. Emma Thompson because she sticks up for what she believes in and doesn’t care what people think of her. Then I would go for Emily Pankhurst so I could hear her tell her own story rather than everyone else’s version of it. And my last person would be my dad because he is the best socialiser I have ever known in my life and we have the same senses of humour.

Probably my resilience, if indeed it is a virtue.

We think resilience is a virtue. And very GDST, too.

Oh yes, very GDST. My first teaching job was at the GDST and in this very school, funnily enough. I started teaching at Belvedere in 1994 and was here for the first ten years of my career. Then I moved off to other schools for 15 years. And now I am back.

Yes, it’s great. I’m really happy to be back.

And the temptation that you can’t resist?

Definitely roasted salted cashew nuts. We go on holiday to Portugal quite a lot and there are these tins of honey-roasted ones that I can’t say no to.

What do you tell children matters the most?

When I started here and spoke to all of the year groups, did assemblies and met the parents, I told them all that three things mattered to me most.  First, being kind – to the people around you and to yourselves. It doesn’t matter if you like people or don’t like them, you just have to be kind to people. Second, to get involved both in lessons and in all of things around you. And third, to behave yourself. But being kind is the most important to me.

“Success doesn’t go out to find you. You have to go out to get it.”

Lastly, if you could snap your finger to change one thing in the world, what would it be?

If I could give everyone a warm home with running water and sanitation, that would be a good start.