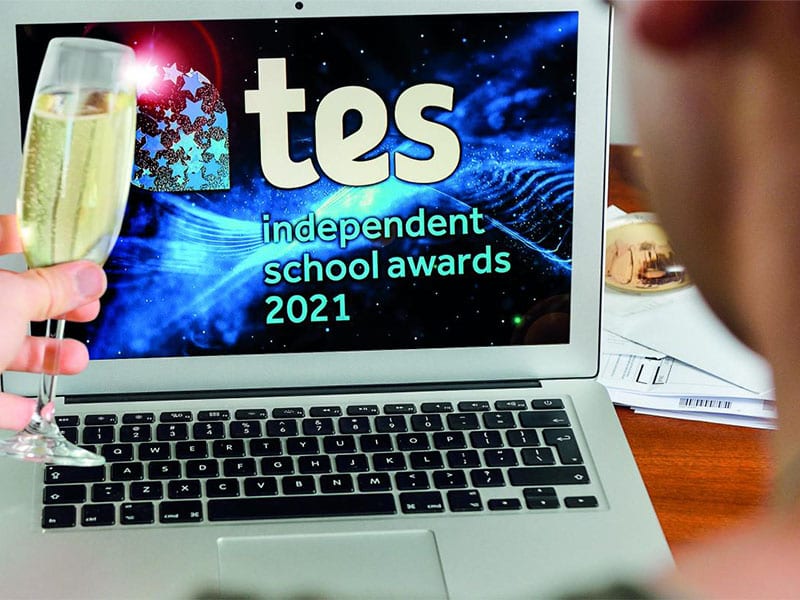 Among the highest honours in the independent school sector, three schools from the GDST family were crowned winners at the Tes Independent School Awards 2021. The results were announced during a virtual ceremony last Friday.

The awards recognise educators who went above and beyond during the most challenging of years, to ensure that their students felt supported and their learning continued, uninterrupted.

Well done to our winners…

Its commitment to giving students a voice raised Notting Hill & Ealing High School above the crowd in a fiercely competitive category.

At Notting Hill & Ealing, students speak and leadership listens. Recent concerns raised by a group of sixth formers about female under-representation in film lead to the creation of the senior school-wide #SetTheExample campaign, championing women in film. Students took part in workshops, female film celebrities were invited to debate for a red-carpet event and a GDST family-wide filmmaking competition resulted in an exclusive screening of the girls’ directorial debuts at an Everyman cinema.

Additionally, judges admired how the school builds leadership opportunities “into almost every aspect of school life”. With over 300 leadership roles and more than 100 clubs and societies available, its pupils are encouraged to discover their passions and build character beyond the classroom walls.

Wellbeing Initiative of the Year: Norwich High School for Girls

Student wellbeing is everyone’s responsibility at Norwich High School for Girls – from the School Nurse who delivers a PSHE curriculum unafraid to shy away from taboo subjects, such as domestic abuse in relationships, to the Pastoral Deputy Head who lunches with the girls who struggle with eating to help put them at ease.

Yet, what most impressed the judges is the peer support thread embedded in the pastoral life of the school. A Big Sister programme, involving a group of sixth formers, provides younger students with a safe, comfortable space to share their concerns, and at the same time, Headucate mental health ambassadors and a buddy system for the lower school ensures even greater availability of people for students to speak to when they encounter problems.

Year 12 student Joely To is one to watch. A pupil at Streatham & Clapham High School, she is making great waves with her drive to encourage more girls to pursue STEM degrees and careers.

Spurred into action during the first lockdown, Joely set herself the challenge of nurturing girls’ passion for maths, setting up the maths support website, Pioneer. She developed a virtual events programme through securing cooperation from real-world partners such as Experian and Zurich insurance, who in turn ran a host of engaging sessions, from analysing music streaming data to the application of STEM skills to improve customer experience. In total, she has hosted more than ten virtual events, reaching more than 1,000 students, and her website has been viewed almost 21,000 times.

A final congratulations to all this year’s award winners and shortlisted nominees.